RUEN
ABOUT TEAM PHOTOS NEWS & REVIEWS
PERFORMANCE
Illusions
BOOK NOW
WATCH TRAILER
A performance that tells about illusiveness of love and relativity of the events taking place around us.
Nikolai Gostiukhin's performance explores the topic of reality and illusions depicting moving episodes from the life of two married couples who have been friends for many years and only at great age realize the ambiguity of their life experience.

Two men and two women take turns to tell a surprisingly penetrating story of the relationship between two elderly couples: Danny, Sandra, Albert and Margaret. Taking the stage one after another the actors tell heart piercing episodes of the private life of two married couples. Their stories are told with gratitude and warmth, and ultimately turn out to be a parable about the illusory nature of marriage and the absence of any consistency in the world around us. The main distinguishing feature of the performance is the way it is perceived — through one's own imagination and the voices of the actors-narrators, the measured rhythm of which makes it possible to revive the play so colorfully and vividly that one can easily imagine the scenes from the family life of elderly couples and look at their own life from outside.

This supertemporal story makes you think not only about how to find a place to stand in the endlessly changing world with its pandemics and personal tragedies, but also about the fact that even the most powerful feeling can be just an illusion in the face of the infinite wisdom of deep space. 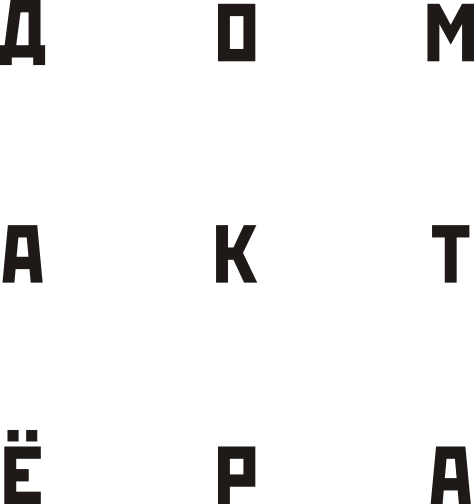 This may seem strange to some, but as it often happens, the more I analyzed the play, the more I understood it. I realized that after making the movie, I had a few unimproved ideas. Therefore, I was really happy about the offer of the Theater "Dom Aktyora" to stage a performance on their site, thereby making the universe of "Illusions" more dimensional and powerful. So that spectators have a choice — to watch a movie online from home, go to the cinema or see a live performance of the play. In any case, and this is good news, we got two completely different works, a film and a performance, with a different cast, visual solutions and soundtracks. Therefore, as a director who always tries to look with viewers' eyes, I recommend watching both of these stories.
Cast
First woman — Elena Starostina
(Merited Artist of Russian Federation)
Second man — Andrey Dyuzhenkov
First man — Vyacheslav Chuistov
Second woman — Evgenia Barashkova
Creatives
Director — Nikolai Gostiukhin
Playwright — Ivan Vyrypaev
Composer — IVAN
Producers — Nikolai Gostiukhin, Stanislav Bykov
Scenographer — Nikita Goinov
Lighting designer — Alexey Khoroshev
(winner of two Golden Mask awards)
Assistant director — Evgenia Dorokhova
PR & Partners — Padre Agency
How was the premiere of the performance Illusions.
News & Reviews
All articles about this performance are written in Russian.

Interview:
Articles:
Reportage:
Leave your email and we will notify you about the start of ticket sales
© Theater company PROCESS